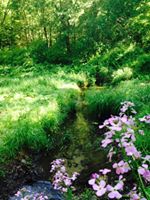 They came to Jerusalem,
and on entering the temple area
he began to drive out those selling and buying there.
He overturned the tables of the money changers
and the seats of those who were selling doves.
He did not permit anyone to carry anything through the temple area.
Then he taught them saying, “Is it not written:

My house shall be called a house of prayer for all peoples?
But you have made it a den of thieves.”

The chief priests and the scribes came to hear of it
and were seeking a way to put him to death,
yet they feared him because the whole crowd was astonished at his teaching.

In his 2013 book, Zealot, Reza Alsan uses this passage as the primary evidence for his claim that Jesus was a political agitator intent on overthrowing Roman rule rather than a religious figure.  For many others, it is an odd moment where the usually serene Jesus loses his cool. In all likelihood, however, this passage was intended to identify Jesus as a messiah whose arrival and suffering were prophesied in the Old Testament.  The Temple scene occurs in all four Gospels.  In the Gospel of John, the apostles remember that it is written in Psalm 69:9 of the messianic figure that, “zeal for thy house will consume me.”  In the same Psalm, the messiah complains, “In my thirst, they gave me vinegar to drink”, which foretells the moment in the Gospel of John in which Jesus is given vinegar as he hangs dying on the Cross.  John’s accounts are likely intended to be a literary device rather than a historical account, but his meaning is clear.  Jesus is more than a moral teacher or magician.  He is the fulfillment of an ancient promise.