So Will My Heavenly Father Do To You Unless You Forgive Your Brother. 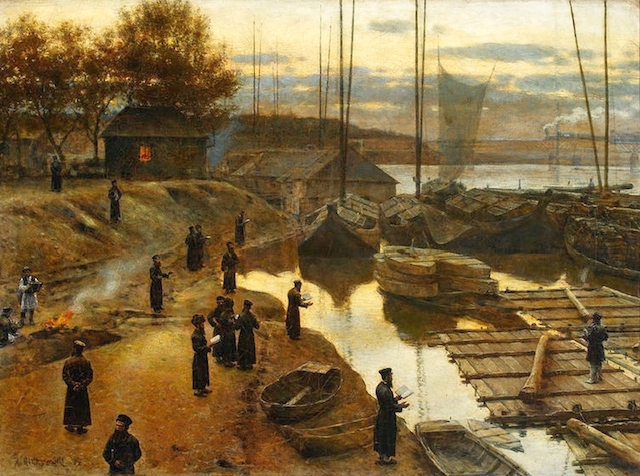 His master summoned him and said, "You wicked servant! I forgave you your entire debt because you begged me to. Should you not have had pity on your fellow servant, as I had pity on you? Then in anger his master handed him over to the torturers until he should pay back the whole debt. So will my heavenly Father do to you, unless each of you forgives your brother from your heart."

Well, so much for an unconditionally loving God!

In his revolutionary 1963 Harvard Theological Review article entitled, “The Apostle Paul and the Introspective Conscience of the West,” Krister Stendahl asserted that the Scriptural notion of “sin” may not match the modern idea of it as some specific behavior that we feel guilty about.   St. Paul demonstrates incredible moral arrogance in Philippians: “I was blameless as to righteousness – of the Law that is.”[i]  But Stendahl contrasts this against Paul’s insistence in Romans that no one can keep the Law:

What then? Are we better than they? No, in no way. For we previously warned both Jews and Greeks that they are all under sin. As it is written,
“There is no one righteous;
no, not one.
There is no one who understands.
There is no one who seeks after God.
They have all turned away.
They have together become unprofitable.
There is no one who does good,
no, not so much as one.”
“Their throat is an open tomb.
With their tongues they have used deceit.”
“The poison of vipers is under their lips.”
“Their mouth is full of cursing and bitterness.”
“Their feet are swift to shed blood.
Destruction and misery are in their ways.
The way of peace, they haven’t known.”
“There is no fear of God before their eyes.”[ii]

Stendahl suggested that these two concepts - the possibility of individual perfect obedience to the Law and yet nonetheless somehow falling short - should be interpreted as being consistent with one another.  The solution is to see Paul’s idea of sin as being something shared by Jews, Gentiles and finally the entirety of the human family rather than something we each do or don’t do.  This may be why the word “forgiveness” does not appear in any of the epistles attributed to Paul and he instead uses the terms “justification” and “remission.”[iii]  Theologian Joseph Fitzmyer came to a similar conclusion: “The confrontation of the Ego with sin and the law is not considered by Paul on an individual, psychological level, but from a historical and corporate point of view.”[iv]  Fitzmyer equates Paul’s concept of sin as shared shortcoming with an Essene text found among the Dead Sea Scrolls:

As for me, I belong to wicked humanity, to the assembly of perverse flesh; my iniquities, my transgressions, my sins together with the wickedness of my heart belong to the assembly doomed to worms and walking in darkness.  No human being sets his own path or directs his own steps, for to God alone belongs the judgment of him … in His righteousness He cleanses me of human defilement and of human sinfulness … as for me, I know righteousness belongs not to a human being, nor perfection of way to a son of man.[v]

Our fundamental human shortcoming is not the accumulation of less-than-perfect behaviors, but our lack of dignity as creatures so insignificant that we should be utterly beneath God’s notice.  But God becoming one of us, taking the form of a slave,[vi] as Paul puts it, becomes our atonement and covers our profanity, because we are forever after identified with the divine. This is a story of immense power and beauty.  When God becomes human, the soul feels its worth and a weary world rejoices.

It is easy to allows one’s eye to focus on the torturers in today’s reading. As the journalistic advice goes, “if it bleeds, it leads.”  In fact, Jesus is highlighting the hypocrisy inherent in accepting your status as a child of God, but not accepting someone else’s.