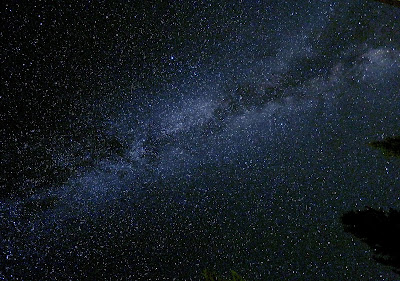 Sometimes a kind of glory lights up the mind of a man.  It happens to nearly everyone. You can feel it growing or preparing like a fuse burning down toward dynamite.  It is a feeling in the stomach, a delight of the nerves, of the forearms.  The skin tastes the air, and every deep-drawn breath is sweet.  Its beginning has the pleasure of a great stretching yawn; it flashes in the brain and the whole world glows outside your eyes.  A man may have lived all of his life in the gray, and the land and the trees of him dark and somber. The events, even the important ones, may have trooped by faceless and pale.  And then - the glory - so that a cricket song sweetens his ears, the smell of the earth rises chanting to his nose, and dappling light under a tree blesses his eyes. Then a man pours outward, a torrent of him, and yet he is not diminished.  And I guess a man’s importance in the world can be measured by the quality and number of his glories.  It is a lonely thing but it relates us to the world.  It is the mother of all creativeness, and it sets each man separate from other men.