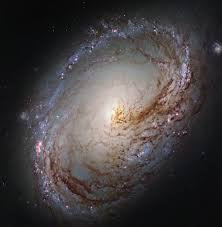 Jesus addressed this parable
to those who were convinced of their own righteousness
and despised everyone else.
“Two people went up to the temple area to pray;
one was a Pharisee and the other was a tax collector.
The Pharisee took up his position and spoke this prayer to himself,
‘O God, I thank you that I am not like the rest of humanity --
greedy, dishonest, adulterous -- or even like this tax collector.
I fast twice a week, and I pay tithes on my whole income.’
But the tax collector stood off at a distance
and would not even raise his eyes to heaven
but beat his breast and prayed,
‘O God, be merciful to me a sinner.’
I tell you, the latter went home justified, not the former;
for whoever exalts himself will be humbled,
and the one who humbles himself will be exalted.”

Here again is the theme that the last shall be first.  And, like the parable of the prodigal son, it is the morally last who shall be first.  We are inclined to accept that the poor, the sick and the outcast are blessed and will be first in line to receive God’s love.  And we certainly can accept that those who think of themselves as chosen, like the members of Jesus’s synagogue a few weeks ago, might have to wait as the ‘unchosen’ get God’s attention. But it is more jarring to realize that even those who are immoral will receive God’s love before those who are good.

This is not an exhortation to be humble.  Rather, it is a rejection of the idea that God rewards good behavior and punishes bad behavior.   That sounds crazy at first, but really its just the definition of grace.