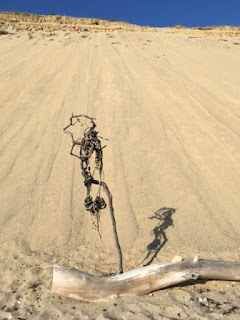 The rulers sneered at Jesus and said,
“He saved others, let him save himself
if he is the chosen one, the Christ of God.”
Even the soldiers jeered at him.
As they approached to offer him wine they called out,
“If you are King of the Jews, save yourself.”
Above him there was an inscription that read,
“This is the King of the Jews.”

Now one of the criminals hanging there reviled Jesus, saying,
“Are you not the Christ?
Save yourself and us.”

This is one of several examples where those who take what Jesus say literally are cast as villains.

During his trial, the Pharisees get people to testify that Jesus said he could rebuild the temple in three days (Matt 26:61, 27:39-44).  When Jesus said that we had to eat his flesh to obtain eternal life, the Gospel of John recorded that many disciples left him and, instead of telling them he was speaking metaphorically, he let them go (John 6:53; See also Mark 15:29-32).  And in this Sunday’s reading, the soldiers taunt Jesus, demanding that he literally “save” himself from the torture of the Cross.