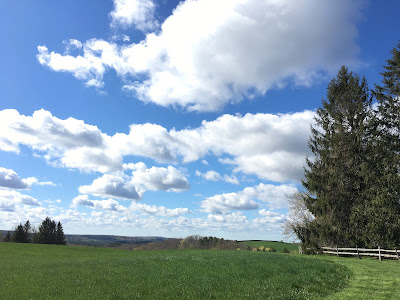 As the number of disciples continued to grow,
the Hellenists complained against the Hebrews
because their widows were being neglected in the daily distribution.
So the Twelve called together the community of the disciples and said,
"It is not right for us to neglect the word of God to serve at table.
Brothers, select from among you seven reputable men,
filled with the Spirit and wisdom,
whom we shall appoint to this task,
whereas we shall devote ourselves to prayer
and to the ministry of the word."
The proposal was acceptable to the whole community,
so they chose Stephen, a man filled with faith and the Holy Spirit,
also Philip, Prochorus, Nicanor, Timon, Parmenas,
and Nicholas of Antioch, a convert to Judaism.
They presented these men to the apostles
who prayed and laid hands on them.

This blog is critical of placing too much emphasis on the moral aspects of Scripture.  The theme of my book is that if we do not have free will and God is just, then He cannot reward and punish us according to our deeds or beliefs.  The focus on faith should be on transcendent concerns rather than moral ones.  This is in direct contradiction to popular culture theology and the preeminent academic theology of our day which generally believes that if you are a “good person” you have discharged the principal obligations of faith.

A lot of interesting things are happening in this Sunday’s first reading.  Evidently, the Hellenists (those who did not start as Jews before converting to Christianity) feel they are being shortchanged in how a “daily distribution” to needy widows is being allocated.

The apostles treat this charitable obligation as decidedly second-rate and ancillary.  Their language indicates dismissiveness.  They create a second tier of clergy - deacons – to administer this charity because, "It is not right for us to neglect the word of God to serve at table.”

There is no question that faith has a moral component. But kindness is so uncontroversial, so universally accepted, and so much more easily spoken of than transcendence, that it can quickly use up all the air in the room and take an inappropriately central position in faith.