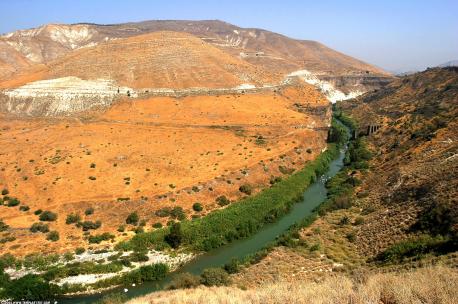 Jesus said:
"Amen, amen, I say to you,
whoever does not enter a sheepfold through the gate
but climbs over elsewhere is a thief and a robber.
But whoever enters through the gate is the shepherd of the sheep.
The gatekeeper opens it for him, and the sheep hear his voice,
as the shepherd calls his own sheep by name and leads them out.
When he has driven out all his own,
he walks ahead of them, and the sheep follow him,
because they recognize his voice.
But they will not follow a stranger;
they will run away from him,
because they do not recognize the voice of strangers."
Although Jesus used this figure of speech,
the Pharisees did not realize what he was trying to tell them.

So Jesus said again, "Amen, amen, I say to you,
I am the gate for the sheep.
All who came before me are thieves and robbers,
but the sheep did not listen to them.
I am the gate.
Whoever enters through me will be saved,
and will come in and go out and find pasture.
A thief comes only to steal and slaughter and destroy;
I came so that they might have life and have it more abundantly."

Two weeks ago, in connection with the story of Doubting Thomas, I asserted that faith (along with morality and politics) is the product of intuition much more than it is the product of rationality. (April 23, 2017 – Proof of God’s Existence) We have a better chance of understanding the nature of our relationship to God if we abandon proof-seeking and embrace what our deepest intuition is telling us.

Today’s Gospel seems to confirm that.  Jesus does not suggest that the shepherd provides proofs or rational arguments to gain the trust of the sheep.  Instead, the sheep simply know his voice.

Correspondingly, Jesus says false prophets can be identified by the red flags that are run up in the hearts of the faithful at the sound of their teaching.

In Matthew 7:15, Jesus says false prophets can be identified by the effect of their teaching: “By their fruits you will know them.”  In contrast to false prophets, Jesus leads us to pasture -  again, probably not something that can be measured in worldly metrics - but rather that which nourishes, supports our spiritual lives and is marked by abundance.