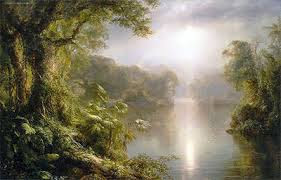 Then the scribes and the Pharisees brought a woman

who had been caught in adultery
and made her stand in the middle.
They said to him,
“Teacher, this woman was caught
in the very act of committing adultery.
Now in the law, Moses commanded us to stone such women.
So what do you say?”
They said this to test him,
so that they could have some charge to bring against him.
Jesus bent down and began to write on the ground with his finger.
But when they continued asking him,
he straightened up and said to them,
“Let the one among you who is without sin
be the first to throw a stone at her.”
Again he bent down and wrote on the ground.
And in response, they went away one by one,
beginning with the elders.
So he was left alone with the woman before him.
Then Jesus straightened up and said to her,
“Woman, where are they?
Has no one condemned you?”
She replied, “No one, sir.”
Then Jesus said, “Neither do I condemn you.
Go, and from now on do not sin any more.”


Two weeks ago we read about the prodigal son who did not even have to say he was sorry before his father forgave him for blowing his inheritance.   Last week, the fig tree that had been unproductive for three years avoided any consequences for its failure with only the vaguest possibility that it might produce fruit someday.  God's sense of justice is wholly unlike our own.  This week, the theme of never having to say your sorry is in full view again.

Jesus's enemies have set the perfect trap for him.  The woman they have placed before him is clearly guilty and the punishment under the law of Moses is just as clear: brutal stoning to death (See Deuteronomy 22:22-24).   However, the Roman occupiers have made this sort of extra-judicial execution illegal (See John 18:31-32).  The Pharisees are giving Jesus an impossible choice: violate the law of Moses and be discredited as a rabbi, or violate the law of the Roman occupiers and face possible prosecution.   Jesus chooses a third way that his persecutors did not anticipate: forgiveness. In fact, it appears he couldn't care less about her sin.  While he is supposed to be hearing the case against her, he doodles on the ground.  When the Pharisees leave, he does not impose a penance or issue a warning.  He tells her not to do it again only in the most off-handed way and we can easily imagine he would forgive her again if she was caught again the following day.

These stories are not about repentance.  They are not about avoiding bad behavior. These are stories about God's unlimited mercy and, just as importantly, how distasteful we find it.