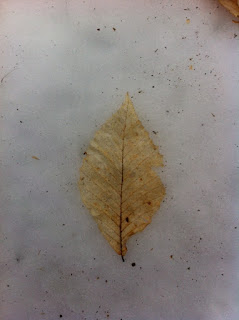 It was now about noon and darkness came over the whole land
until three in the afternoon
because of an eclipse of the sun.
Then the veil of the temple was torn down the middle.
Jesus cried out in a loud voice,
“Father, into your hands I commend my spirit”;
and when he had said this he breathed his last.


The veil being torn down the middle at the moment of Jesus's death in not merely a miraculous event. In the middle of the story of the Ten Commandments, Moses asks to see God's glory.  God replies, "You cannot see my face; for man shall not see me and live." (Exodus 34:20)  That said, God offers a compromise, and places Moses in a cleft in the rock and covers Moses with His hand until He passes by.  Then God takes away His hand and Moses sees only God's back.  There is a seemingly unbridgeable gap between God and humanity.  However else we may describe our relationship to God, we have to include enormous asymmetry.   Earlier in the story, God instructs Moses to build an extravagant tent of meeting in which God will reside as the Israelites travel from Mount Sinai to the Promised Land. And the holiest part of that tent, where the Ark of Covenant containing the Ten Commandments is to reside, is separated from the rest of the holy space within that tent by a veil (Exodus 26:31-35). When the Temple is constructed, the Ark is placed within a pitch dark windowless cube together with a vessel of the manna God provided in the desert and Aaron's miraculous rod behind this veil.  When an angel announces to Jesus's uncle, Zachariah, that John the Baptist will be born, it is behind this veil.

But in addition to asymmetry, our relationship to God is characterized by His proximity.  Contrary to God's warning that no one can see Him and live, Jacob wrestles with a mysterious being through the night and is renamed "Israel", because he struggled with God and lived.  Jacob renames the site of their wrestling match "Peniel" - which means "face of God".  Earlier, Jacob had dreamed of a ladder that stretched between heaven and earth on which angels traveled back and forth.

When the veil is torn at Jesus' death, the boundary between heaven and earth that existed from the earliest moments in our relationship to God is breached.  This is not a mere magic trick but implies that something extraordinary and unique has happened between heaven and earth.  Asymmetry definitively and irrevocably has given way to Proximity.