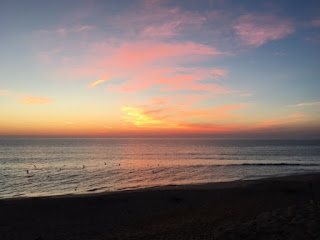 Jesus said to his disciples,
“A rich man had a steward
who was reported to him for squandering his property.
He summoned him and said,
‘What is this I hear about you?
Prepare a full account of your stewardship,
because you can no longer be my steward.’
The steward said to himself, ‘What shall I do,
now that my master is taking the position of steward away from me?
I am not strong enough to dig and I am ashamed to beg.
I know what I shall do so that,
when I am removed from the stewardship,
they may welcome me into their homes.’
He called in his master’s debtors one by one.
To the first he said,
‘How much do you owe my master?’
He replied, ‘One hundred measures of olive oil.’
He said to him, ‘Here is your promissory note.
Sit down and quickly write one for fifty.’
Then to another the steward said, ‘And you, how much do you owe?’
He replied, ‘One hundred kors of wheat.’
The steward said to him, ‘Here is your promissory note;
write one for eighty.’
And the master commended that dishonest steward for acting prudently.
“For the children of this world
are more prudent in dealing with their own generation
than are the children of light.
I tell you, make friends for yourselves with dishonest wealth,
so that when it fails, you will be welcomed into eternal dwellings.

[No servant can serve two masters.
He will either hate one and love the other,
or be devoted to one and despise the other.
You cannot serve both God and mammon.”]

This is a strange parable.   A servant is told he’s going to be fired.  To prepare for his impending poverty he ingratiates himself with the people who will be in a position to help him by cancelling some of the debt they owe to his boss.  For this the boss praises him!  The moral of the story is expressed as, “make friends for yourself with dishonest wealth so that when it fails you will be welcomed into eternal dwellings”.   If the rich man is God and we are His stewards, what is this “dishonest wealth” entrusted to us?  One possibility is that the “dishonest wealth” is the wealth and possessions that come to us during life.  Maybe the parable is saying we should be generous with them in this life to receive reward in the next, after we have left wealth and possessions behind.

The author of the Gospel of Luke clearly thought this parable was about money because he appended a few proverbs about money to the end of it.[1]  But that just seems a little homespun.  The only idea more improbable than God making a list to find out who's naughty and nice, is the idea that God checks tax returns.

Another alternative is that this is a warning to the Pharisees and other religious authorities of the time who wielded their authority harshly – assuming the poor, the sick and the outcast were cursed or forgotten by God. Jesus acknowledged that their authority was legitimate (Matt 23:3) but was very critical of how they used it. Their power was temporal and their stewardship would end - it would not be recognized in ‘eternal dwellings’. Jesus is warning them to ingratiate themselves with those they think are forgotten by God so that the tables aren’t unexpectedly turned.

[1] There is some dispute where the parable ends and the added proverbs begin. (See, Raymond Brown. An Introduction to the New Testament, pp 249-250) I think there are two and I’ve set them off with box brackets.