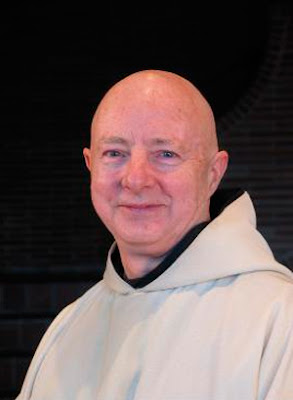 Jesus told his disciples this parable: "A man going on a journey called in his servants and entrusted his possessions to them. To one he gave five talents; to another, two; to a third, one-to each according to his ability. Then he went away. Immediately the one who received five talents went and traded with them, and made another five. Likewise, the one who received two made another two.  But the man who received one went off and dug a hole in the ground and buried his master's money.

I began to write Faith on a Stone Foundation not knowing exactly how I was going to deal with this parable or the parable of the sheep and the goats (which also appears in Matthew).  Both seem to depict God as a harsh judge, capable of dividing us and casting some of us into eternal punishment.  They seem to contradict the image of God as all-loving and all-forgiving.  I think it’s fair to say that almost all of Christian literature has sought to find a compromise between these two visions rather than outright rejecting one or the other.   That’s probably good because human beings are really attached to judgment and would probably choose the harsh judge. In fact, Raymond Brown, an exceptionally well-regarded modern Christian commentator on Scripture, went so far as to describe the parable of the sheep and the goats as virtually universally “beloved.” We allow ourselves to like these stories because the commands inherent in them are uncontroversial: of course we should develop our talents and of course we should help others.  Really, we shouldn’t even need faith to tell us those things – they are values unequivocally shared with the secular world.

The answer was handed to me in a small-group discussion with Fr. Robert Morhous, a Cistercian of the Strict Observance living a cloistered life at the Abbey of St. Joseph in Spencer, Massachusetts. Fr. Morhous was also bothered by this vision of God and how it contradicted so much of the other images of God Jesus offered.  I remember he was particularly perplexed by the statement, "For to everyone who has, more will be given, and he will grow rich; but from the one who has not, even what he has will be taken away." which seems like a terrible rule for the God who professes loving concern for the orphan and widow.  Fr. Morhous came to a remarkable conclusion:

Instead, the master is the world, expressing an economy of scarcity: it demands a return on its investment.  It will not value anything that is not productive and will, in fact, punish it to the ends of the Earth.  The servant to be punished is Jesus: the rejected, crucified champion of the sick, the outcast, the poor, the marginalized – everyone the Pharisees said was cursed by God, but Jesus insisted was blessed.  Jesus is expressing an economy of grace: love without price or condition.  In our world the rich do tend to get richer, but in the economy of God, it is the poor who are the objects of divine concern.

I don’t know if Fr. Morhous would approve of the way I used his analysis in my book. I had hoped to send him a copy of the manuscript before it was published.  But the very day I finished it, I received word that he had died.