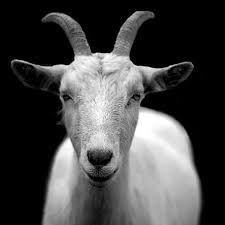 Why take this story at anything but face value? It is certainly a powerful exhortation to feed the hungry, welcome the stranger, clothe the naked, care for the ill, and visit the prisoner. Who among us -  secular or religious - would disagree with any of those values?  Of course, no one does.  Almost as obviously, few of us actually meet the standard set out in this passage for avoiding eternal damnation.  I, for instance, have never visited anyone in prison, nor have I ever visited a stranger in a hospital.  I give some excess cash to charity and I vote in a manner that I think will most effectively reduce need, but I have no illusions that I am meeting the king’s stringent standards.

Most homilists will use today’s reading to exhort us to greater charity and, again, why fight it?

There are a few problems: First, this implies our relationship to God is transactional: Do what He says to receive reward and avoid punishment. Love one another as He loves us - or else.  This vision of God is ultimately stultifying.  It reduces God to a cosmic enforcer taken to fits of rage and disproportionate punishment we’d label as signs of immaturity in an earthly judge.  It makes faith and morality virtually synonymous, and makes faith insipid.
For me, the larger problem is philosophical.  Science and philosophy indicate we don’t have free will. Whether we are inclined to visit a stranger in a prison or do (or fail to do) anything else for that matter is, finally, the product of our nature and our nurture, neither of which is within our control. "A man can do what he wants, but does not want what he wants," as Arthur Schopenhauer said.  If God is aware of this and is interested in fairness, He would neither reward good behavior nor punish bad.

So, if we are to take Scripture seriously, this story must be about something other than God commanding us to do something and threatening us with punishment if we fail.  I explored one alternate interpretation last week (See, “The Useless Servant”).

Another possibility reveals itself in the parallels in this parable to God’s commandment expressed to the Israelites right after the Ten Commandments:

No widow nor orphan shall you abuse. If you indeed abuse them, when they cry out to Me, I will surely hear their outcry.  And my wrath shall flare up and I will kill you by the sword, and your wives shall be widows and your children orphans.[i]

Our natural impulse is to focus on the moral exhortation that we are to avoid abusing widows and orphans.  It appeals to our reflexive desire to equate faith with morality, and it also has colorful, dramatic language, appealing to our retributive side - if we abuse a widow, God will make our wife a widow.   It’s also a nice, exceptionally easy moral test we can all pass if we’re inclined to.  You would almost have to be a monster to abuse widows and orphans, so the only people who are likely to get caught out by this command are sociopaths anyway.   But what if we are not morally autonomous beings and God is not in the business of command, reward and punishment?  If this is not about the moral, what is the transcendent message?   What are we to make of this seemingly inescapably retributivist statement?

In recognizing that revelation is not a word-for-word dictation by God to a prophet (and, as I have argued elsewhere, isn't verbal at all), we can recognize that we need to read between the lines and apply science and intuition to revelation to make it whole.  Our understanding of our relationship to God must be guided by first principals.  That God is just and that He would not punish us for things outside our control is the most fundamental assumption we can and must make about God.  We need to be alert to moments when the prophet who received the revelation, reduced it to words, and wrote it down, might have abandoned this principle in favor of an assumption he’s made impulsively.  We need to tease away what God meant from what the prophet may have inadvertently added as a result of his cultural expectations.

The prophet is not a passive recipient, a recording instrument, affected from without participation of heart and will, nor is he a person who acquires his vision by his own strength and labor. The prophet’s personality is rather a unity of inspiration and experience, invasion and response.  For every object outside him, there is a feeling inside him; for every event of revelation to him, there is a reaction by him; for every glimpse of truth he is granted, there is a comprehension he must achieve.  Even in the moment of the event he is, we are told, an active partner in the event.  His response to what is disclosed to him turns revelation into a dialogue.  In a sense, prophecy consists of a revelation of God and a co-revelation of man.  The share of the prophet manifested itself not only in what he was able to give but also in what he was unable to receive.  Revelation does not happen when God is alone.[ii]

In the ancient world, widows and orphans had no means to provide for themselves and were quintessentially dependent on the unearned accommodation and charity of others for their day-to-day survival.  In an overwhelmingly patriarchal society, it could be anticipated that they would never pull their weight, produce anything, or serve any social function. What God was saying here was not a moral exhortation, so much as statement about the nature of His relationship to us – God’s morality. In modern faith the idea that God cares for each of us regardless of our social station is universally accepted.  But recall that God’s constant competition in the Old Testament is Ba’al – a brutal, demanding family of gods with no tradition of love for anyone, let alone social outcasts or the poor.  God’s loving concern for the widow and orphan would have been an unprecedented message of divine concern for those who could offer nothing in return.  This was the message to the prophet, and it was radical departure from the existing expectations of faith.  This message of loving the poor and the outcast rather than taking the side of the wealthy and strong, reflects radical grace – unearned love given freely to unfree beings. This is not selective reading, but rather a necessary interpretation if we utilize what science tells us about human nature to discern God’s relationship to us.

So, the message of the parable of the sheep and the goats is not a moral code for us to follow; it is the moral code God follows.  Rather than having no regard for us, or having regard only for the triumphal heroes among us, His concern rests on us, never more so then when we feel orphaned, poor or broken. And a weary world rejoices.