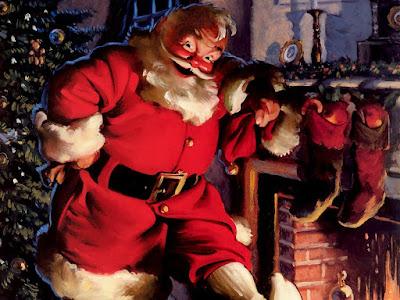 So, Christmas really is about gifts!  But it is not gifts that we give - it is the abundant gifts God gives us.  When Jesus multiplies a few loaves of bread and feeds thousands, he does not expect us to be able to repeat the miracle, nor is he demanding that we imitate his generosity.  The story demonstrates that God’s love is abundant.  While in the human economy everything of value is scarce, must be rationed and reserved for the worthiest, God’s economy is different. God’s love is abundant enough to go around with plenty left over.  We don’t need to decide who is good enough – and God won’t either -  He’ll just quietly throw His love to us under cover of darkness.