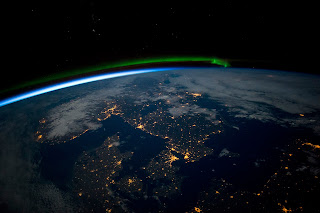 Jesus entered a village
where a woman whose name was Martha welcomed him.
She had a sister named Mary
who sat beside the Lord at his feet listening to him speak.
Martha, burdened with much serving, came to him and said,
“Lord, do you not care
that my sister has left me by myself to do the serving?
Tell her to help me.”
The Lord said to her in reply,
“Martha, Martha, you are anxious and worried about many things.
There is need of only one thing.
Mary has chosen the better part
and it will not be taken from her.”

Organized religion is often criticized for just not doing enough: the churches are too richly adorned, the clergy live too lavishly, there is not enough emphasis on serving the poor.  New Atheist, Christopher Hitchens, savaged Mother Teresa for using a donation to buy a gold chalice for a chapel rather than using all the money to alleviate the suffering of her patients.  For him, it was the ultimate hypocrisy.  Judas betrayed Jesus when Jesus permitted expensive oil that could have been sold for charity to  be used to anoint him instead.

Of course faith includes the desire to alleviate suffering.  But what is wholly inconceivable to many of Christianity’s critics is that the alleviation of suffering is not its sole goal or even the primary one.  If we let it, it can actually distract from the bigger picture.

In this story, Martha runs herself ragged serving others.  In the Gospel of John (11:1-44) she and Mary will make another appearance when their brother Lazarus dies and Jesus raises him from the dead.  Martha has not changed. While Mary waits patiently at home, Martha is pacing outside the tomb anticipating Jesus’ arrival.  When he gets there and prepares to raise her brother from the dead, Martha’s primary concern is that the smell of the long-dead Lazarus will offend.  In her concern for the practical, she has missed the divine again.

There are many good arguments for acting charitably.  Does faith have to be one of them?  Does faith have to be about only that?  As we bustle around here on the surface of the Earth like a bunch of Marthas, it may be disturbing to think that faith might not be about generating practical benefits - that it might be about something that transcends being moral or charitable. But that is the clear message.