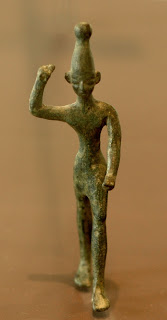 Jesus sent out the Twelve after instructing them thus,
“Do not go into pagan territory or enter a Samaritan town.
Go rather to the lost sheep of the house of Israel.
As you go, make this proclamation: ‘The Kingdom of Heaven is at hand.’”

What does Jesus mean, “The Kingdom of Heaven is at hand”?

What Jesus proclaimed, personified and accomplished was the end of any separation between the divine and the human.  It is a theme that is expressed throughout Scripture:  God dwells with His people in the Tabernacle Tent constructed for him by the Israelites at the base of Mount Sinai, Jacob dreams of a ladder between heaven and earth, and God becomes Incarnate to live and die as a human being – and the veil that separates the Holy of Holies from the rest of the world is torn in two at his passing.

The primordial concept of the divine – a distant god that requires sacrifice, moral behavior, and self-denial to appease its cosmic rage and shamanistically call down favor - is dead.  Why did Jesus tell his apostles to deliver the message exclusively to the Israelites and not to deliver the message that the Kingdom was at hand to the Ba'alsist and other pagans?  Perhaps because it would have been a terrifying message.  Ba'al demanded child sacrifice and reciprocated with bountiful harvests.  Ba'al loosed on Earth would have been apocalyptic. But to the Judeo-Christian, God's attention is Good News.  Where Ba'al negotiated deals, God covenanted unilateral love.  God is present always and in everything. The Kingdom of Heaven is at hand.