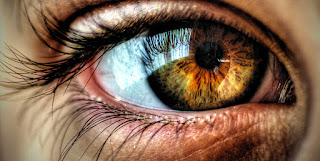 The disciples approached Jesus and said,
“Why do you speak to the crowd in parables?”
He said to them in reply,
“Because knowledge of the mysteries of the Kingdom of heaven has been granted to you, but to them it has not been granted.
To anyone who has, more will be given and he will grow rich; from anyone who has not, even what he has will be taken away.
This is why I speak to them in parables, because
they look but do not see and hear but do not listen or understand.

The parable of the vineyard workers, in which those who begin work at sunrise are paid as much as those who start work a few minutes before sunset, is about the abundance of God’s love; there is enough that He can give it away indiscriminately without regard to who deserves it the most.  The story of the multiplication of loaves and fishes has the same point; there is no need to ration God’s love because there is enough to go around for everyone with a surplus remaining. This is the counter-intuitive economy of God’s love.

And yet most often these stories are used for the opposite purpose.  The first is interpreted to mean we must start the work at some point before sunset to participate in God’s love.  Death-bed conversions are OK, as long as they happen before the whistle blows.  The second interpreted to be about the importance of sharing, as if we needed God to become Incarnate to tell us that.

This is why Jesus spoke in parables.  We are so irretrievably inclined to see God’s love as a limited resource that must be doled out according to merit that we would never accept anything else if it is directly stated.  Our best chance is to hear it in a story, to reflect on how it disturbs our equilibrium, and maybe finally see – really see - its true meaning.  It is exceptionally Good News.