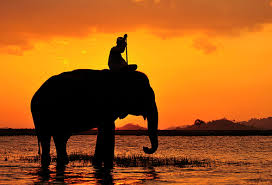 Jesus went around to all the towns and villages,
teaching in their synagogues,
proclaiming the Gospel of the Kingdom,
and curing every disease and illness.
At the sight of the crowds, his heart was moved with pity for them because they were troubled and abandoned, like sheep without a shepherd.
Then he said to his disciples,
“The harvest is abundant but the laborers are few;
so ask the master of the harvest
to send out laborers for his harvest.”

In the last decade, social scientists such as Jonathan Haidt have demonstrated that we are motivated by reason far less than we might like to admit.  Each of us has a set of precognitive triggers that cause us to think something is right or wrong, attractive or unattractive.  We use our capacity for reason only to justify what our intuition has already told us.  Haidt uses the metaphor of the rider and the elephant.  We think reason is more powerful than intuition and governs it.   The opposite is closer to the truth. Even our impulse towards liberalism or conservativism works this way.  And so does faith.

In this passage, Jesus is noting that the religion of the day was not appealing to the people on this precognitive level.  Religion did not speak to the people’s intuitive sense of Who God Is.  Its focus on morality, judgment and punishment might have appealed to that (rational) part of the human mind that worries about social control, but something inside the people of Jesus’ time told them that God is about something more – something that transcends avoidance of sin and concerns itself only with forgiveness.  When it was offered to them they embraced it with extraordinary enthusiasm and Christianity swept the Western world.  Christianity does not offer a more rational approach.  It offers a more intuitive approach.

Today we feel troubled and abandoned again.  There is a "God-shaped hole" in our lives. Many of those who have left religion may well be responding to this feeling that religion is not speaking to them about the God they know intuitively.