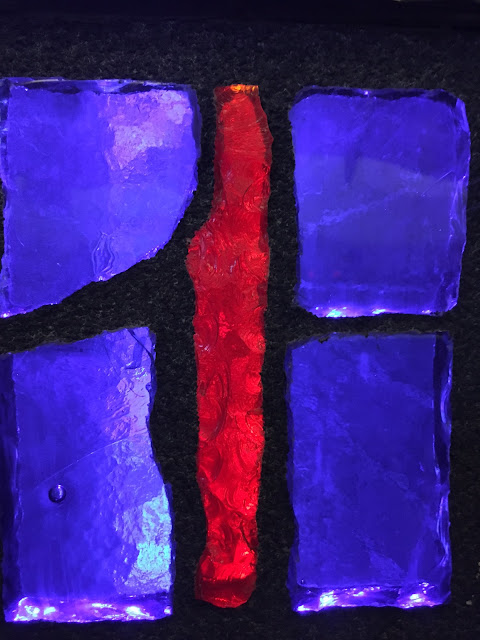 Now Yahweh said to Abram, “Leave your country, and your relatives, and your father’s house, and go to the land that I will show you. I will make of you a great nation. I will bless you and make your name great. You will be a blessing. All the families of the earth will be blessed through you.”  So Abram went, as Yahweh had told him. Lot went with him. Abram was seventy-five years old when he departed from Haran. Abram took Sarai his wife, Lot his brother’s son, all their possessions that they had gathered, and the people whom they had acquired in Haran, and they went to go into the land of Canaan. They entered into the land of Canaan. Abram passed through the land to the place of Shechem, to the oak of Moreh. At that time, Canaanites were in the land.  Yahweh appeared to Abram and said, “I will give this land to your offspring.” (Genesis 12:1-7)

Yahweh said to Abram, after Lot was separated from him, “Now, lift up your eyes, and look from the place where you are, northward and southward and eastward and westward, for I will give all the land which you see to you and to your offspring forever.  I will make your offspring as the dust of the earth, so that if a man can count the dust of the earth, then your offspring may also be counted. Arise, walk through the land in its length and in its width; for I will give it to you.” (Genesis 13:14-18)

Yahweh brought him outside, and said, “Look now toward the sky, and count the stars, if you are able to count them.” He said to Abram, “So your offspring will be.” He believed in Yahweh, who credited it to him for righteousness. He said to Abram, “I am Yahweh who brought you out of Ur to give you this land to inherit it.” (Genesis 15:5-7)

I will bless you greatly, and I will multiply your offspring greatly like the stars of the heavens, and like the sand which is on the seashore. (Genesis 22:17)

God promises that Abram will be the father of Judaism, Christianity and Islam which, taken together, today represent well over half the global population.  There is nothing in Abram’s backstory to suggest he deserves to be chosen for this immense blessing and honor.  In fact, Genesis tells us who Abram’s ancestors were, but doesn’t tell us anything else about him.  God’s choice appears to have been entirely random.

But Abram’s story is more than just the history of world religion.  Abram’s name means, “father,” and the new name God gives him, “Abraham,” means “father of nations.”  We are not supposed to see Abram as a heroic, distant Biblical figure, but as being in our own immediate family and our direct decedent.  Abram represents each one of us and God’s unreasoning decision to take each of us as His very own.

God repeats His covenant with Abram repeatedly as though to make sure we don’t forget it.   He speaks in the most evocative language:  He tells Abram to look in every direction to see the land God will give his children as an everlasting possession.  He invites Abram, and each one of us, to look up into the ancient starlit night sky and the sand on the boundless seashore to illustrate God’s abundant, eternal love.