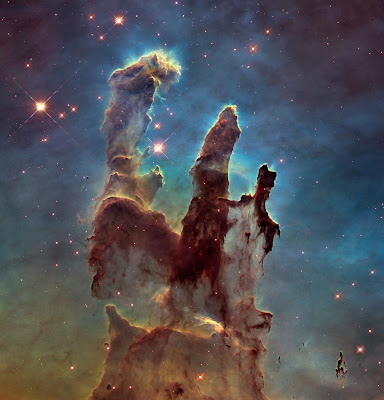 The angel Gabriel was sent from God
to a town of Galilee called Nazareth,
to a virgin betrothed to a man named Joseph,
of the house of David,
and the virgin’s name was Mary.
And coming to her, he said,
“Hail, full of grace! The Lord is with you.”
But she was greatly troubled at what was said
and pondered what sort of greeting this might be.
Then the angel said to her,
“Do not be afraid, Mary,
for you have found favor with God.
Behold, you will conceive in your womb and bear a son,
and you shall name him Jesus.
He will be great and will be called Son of the Most High,
and the Lord God will give him the throne of David his father,
and he will rule over the house of Jacob forever,
and of his Kingdom there will be no end.”
But Mary said to the angel,
“How can this be,
since I have no relations with a man?”
And the angel said to her in reply,
“The Holy Spirit will come upon you,
and the power of the Most High will overshadow you.
Therefore the child to be born
will be called holy, the Son of God.
And behold, Elizabeth, your relative,
has also conceived a son in her old age,
and this is the sixth month for her who was called barren;
for nothing will be impossible for God.”
Mary said, “Behold, I am the handmaid of the Lord.
May it be done to me according to your word.”
Then the angel departed from her.

We tend to look for moral examples in Scripture and Mary, in this passage, is often praised for being the perfectly willing recipient of God's grace.  But her reaction is actually somewhat ambiguous.

Mary’s first reaction to the appearance of the angel is to be greatly troubled.   When she is told she will give birth to a son she is outright disbelieving, asking how such a thing can be biologically possible.

Mary’s reaction has plenty of precedent.  When Gabriel announced that Mary's aged cousin Elizabeth would give birth to John the Baptist, Elisabeth’s husband, Zechariah, questions how this can be biologically possible: “How shall I know this, for I am an old man and my wife is advanced in years.” (Luke 1:18).   For his doubt, Zechariah is struck mute.  When God promises that Sarah, aged wife of Abraham, father of Christianity, Judaism and Islam, would have a son, she laughs.  Sarah notes that she and Abraham are far too old biologically to have children.  The passage even notes she was post-menopausal.  (Gen 18:11-12).  But God has the last laugh and her son is named Isaac which means, “He laughs”.

Pagan, shamanistic religion believed that the gods could be forced to perform tasks with the right ritual or good conduct.   They danced, sacrificed, believed and behaved to receive fertility, rain and good fortune. Many theologians say that the innovation of the Abrahamic religion is their monotheism.  I believe the innovation was the recognition that God acts as He wishes to act and human assistance is not needed.  He will be Who He will be. Even stark disbelief cannot stand in His way.

Image:  The Pillars of Creation Nebula