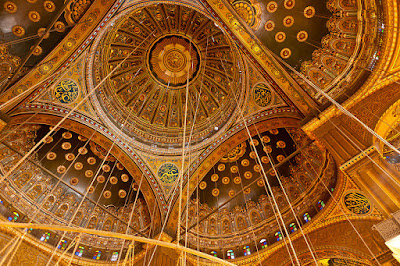 Thus says the LORD:
Observe what is right, do what is just;
for my salvation is about to come,
my justice, about to be revealed.
Blessed is the man who does this,
the son of man who holds to it;
Who keeps the Sabbath free from profanation,
and his hand from any evildoing.
Let not the foreigner say,
when he would join himself to the LORD,
“The LORD will surely exclude me from his people.”

The foreigners who join themselves to the LORD,
ministering to him,
Loving the name of the LORD,
and becoming his servants–
All who keep the Sabbath free from profanation
and hold to my covenant,
Them I will bring to my holy mountain
and make joyful in my house of prayer;
Their burnt offerings and sacrifices
will be acceptable on my altar,
For my house shall be called
a house of prayer for all peoples.
Thus says the Lord GOD,
who gathers the dispersed of Israel:
Others will I gather to him
besides those already gathered.

In his vitriolic book, The End of Faith, New Atheist Sam Harris declares that religion is irrevocably exclusionary.  We may make feeble attempts at ecumenicalism but, according to Harris, it is all fake.  Religion is divisive to its very core:

Many religious moderates have taken the apparent high road of pluralism, asserting the equal validity of all faiths, but in doing so they neglect to notice the irredeemably sectarian truth claims of each.  (p. 15)

In stark contrast to Harris’s claim is today’s reading. God commands that the foreigner is to be given no reason to even think he or she will be excluded! Regardless of their creed, with the easiest of prerequisites, they will be gathered with Israel to His holy mountain and into a house of prayer for all peoples.