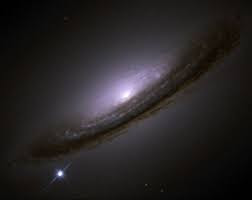 The angel Gabriel was sent from God
to a town of Galilee called Nazareth,
to a virgin betrothed to a man named Joseph,
of the house of David,
and the virgin’s name was Mary.
And coming to her, he said,
“Hail, full of grace! The Lord is with you.”
But she was greatly troubled at what was said
and pondered what sort of greeting this might be.
Then the angel said to her,
“Do not be afraid, Mary,
for you have found favor with God.
Behold, you will conceive in your womb and bear a son,
and you shall name him Jesus.
He will be great and will be called Son of the Most High, and the Lord God will give him the throne of David his father,
and he will rule over the house of Jacob forever,
and of his Kingdom there will be no end.”

In the Catholic liturgical calendar, this is the Solemnity of the Immaculate Conception of the Blessed Virgin Mary.

Is the story historically accurate?  Did an angel visit a virgin and did she subsequently become impregnated with the benefit of only one gamete?

Who cares?  We lose the extraordinary nature of this moment when we get tied up in questions of historicity, gametes, and magic.

This is the moment, whether historic or poetic, when God decided that all His declarations of love and covenant and undying attention weren’t good enough.  Descending to the top of Mount Sinai in a tower of flame with earthquakes and lightning wasn’t cutting it.  He would take the next outrageous step and suffer every indignity with us, and impart on us divine dignity forever afterward ... and the soul felt its worth.

If you are so inclined, I invite you to deliberately set aside, for just ten minutes, whether the narrative is literally true.  In those ten minutes, reflect on what God becoming incarnate means.  Really let the existential shock of that move you.  Set aside the humility of the circumstances surrounding Jesus's birth. Imagine instead a flash rivaling the flash of Creation at the moment the divine becomes human.