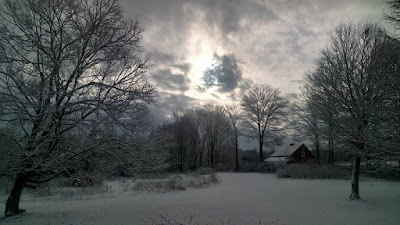 The Lord’s Spirit is on me,
because He has anointed me to preach good news to the poor.
He has sent me to bind up the broken-hearted,
to proclaim liberty to the captives
and release to those who are bound,
to proclaim the year of the Lord’s favor
to comfort all who mourn. (Isaiah 61:1-2)

Behold, your God will come.
He will come and save you.
Then the eyes of the blind will be opened,
and the ears of the deaf will be unstopped.
Then the lame man will leap like a deer,
and the tongue of the mute will sing;
for waters will break out in the wilderness,
and streams in the desert. (Isaiah 35:4-6)

What’s more, Isaiah was not describing the messiah’s miraculous powers in these passages (although he does appear to describe a messianic figure at Isaiah 7:10-14, 9:6 and chapter 53).  In the first passage, it appears Isaiah is simply describing himself and his prophecy.  By referring to these passages, Jesus appears to be identifying himself and the age itself as a time when God will comfort an afflicted, exiled people.  What is extraordinary is not the performance of magic, but the approach of a loving God.