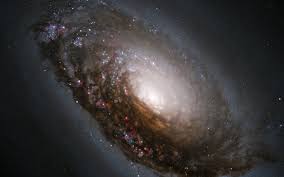 Jesus passed through towns and villages,
teaching as he went and making his way to Jerusalem.
Someone asked him,
“Lord, will only a few people be saved?”
He answered them,
“Strive to enter through the narrow gate,
for many, I tell you, will attempt to enter
but will not be strong enough.
After the master of the house has arisen and locked the door,
then will you stand outside knocking and saying,
‘Lord, open the door for us.’
He will say to you in reply,
‘I do not know where you are from.
And you will say,
‘We ate and drank in your company and you taught in our streets.’
Then he will say to you,
‘I do not know where you are from.
Depart from me, all you evildoers!’
And there will be wailing and grinding of teeth
when you see Abraham, Isaac, and Jacob
and all the prophets in the kingdom of God
and you yourselves cast out.
And people will come from the east and the west
and from the north and the south
and will recline at table in the kingdom of God.
For behold, some are last who will be first,
and some are first who will be last.”

The people around Jesus were always pestering him to confirm that they were the favored, the saved, the blessed, the chosen, those who would be permitted to sit at his right and at his left.  They never like his answer.

An often-repeated theme of Scripture is that God forgives all and loves all.  Just as often repeated is the theme that universal salvation is unacceptable to us.  The elder brother is piqued that the prodigal son’s return is celebrated.  The vineyard workers who started at sunrise are upset when those who started at sunset get equal pay.   We marvel that a woman would sweep all day to recover a dime and a shepherd would leave his whole flock to find one lost sheep.  The story of Jonah is not a story about a prophet who refuses to do God's will and gets brought to heel by a whale, but a story of a prophet who wants to reserve God's love for his people and not share it with the Assyrians of Nineveh.  But there is enough of God's love to go around with extra to spare.  It does not have to be rationed, as Jesus and Elisha demonstrate in the stories of multiplication of bread to create abundance from apparent scarcity.[1]

God loves the arrogant, the greedy, the mean spirited and the unrepentant and that should be ok with us.  As the master says to the unhappy vineyard workers, "Friend, I am doing you no wrong. Take that which is yours, and go your way. It is my desire to give to this last just as much as to you. Isn’t it lawful for me to do what I want to with what I own?  So the last shall be first." (Matthew 20:13-16)

Universal salvation is really good news, unless you insist salvation must be earned and rationed.