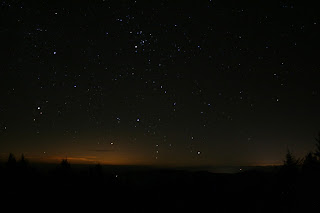 Jesus said to his disciples:
“Do not be afraid any longer, little flock,
for your Father is pleased to give you the kingdom.
Sell your belongings and give alms.
Provide money bags for yourselves that do not wear out, an inexhaustible treasure in heaven
that no thief can reach nor moth destroy.
For where your treasure is, there also will your heart be.

“Gird your loins and light your lamps
and be like servants who await their master’s return from a wedding, ready to open immediately when he comes and knocks.
Blessed are those servants whom the master finds vigilant on his arrival.

Amen, I say to you, he will gird himself,
have them recline at table, and proceed to wait on them.
And should he come in the second or third watch
and find them prepared in this way,
blessed are those servants.
Be sure of this:
if the master of the house had known the hour
when the thief was coming,
he would not have let his house be broken into.
You also must be prepared, for at an hour you do not expect,
the Son of Man will come.”

Then Peter said,
“Lord, is this parable meant for us or for everyone?” ...

This Sunday’s long form Gospel is divided into two parts: a parable by Jesus, which I have reproduced above, and his explanation of what it means, which I have left out.  This structure follows an unmistakable pattern in the New Testament.  The parable is principally concerned with describing God’s morality and it is inevitably loving and characterized by limitless abundance:  “Your Father is pleased to give you the kingdom”, “…an inexhaustible treasure in heaven”.  God is a thief that gets around our best defenses to serve us!

The explanation of the parable that follows it contradicts this message and is principally concerned with our moral obligations - the limitless abundance of heaven must suddenly be rationed and only those who are deserving will get some.  In this case, there is the rationing of food, and the beating servants severely or lightly depending on their culpability.  “Be not afraid any longer, little flock”, seems like bad advice.

The parable of the sower and the seed follows this pattern too.  The parable seems to acknowledge that what we will accomplish in life is largely determined by the kind of soil in which we are planted.  But when Jesus is called on to explain the parable, Satan makes an appearance, personal culpability is emphasized, and punishment – being thrown out into the darkness where there is wailing and gnashing of teeth – is the result of human shortcomings.

The stories of the Tower of Siloam and the Galileans executed by Pilate initially sound like Jesus is ready to forgive anything, but then he suddenly demands repentance and threatens punishment if he doesn’t get it.

"The good and the bad alike" are invited to the wedding banquet, but if you show up without your wedding garment you are thrown out into the darkness where again there is wailing and gnashing of teeth - an image that only appears in these contexts.

First, the explanation portion of the reading is very likely to get the most attention from homilists this Sunday and from the casual reader.  It appeals to our desire for measurements and comparisons – rewarding good behavior, rooting out laziness, negligence and evil and holding them up for criticism.  We also like this because it is so much easier to talk about and accept than limitless abundance given to the good and the bad alike, whether they started work in the vineyard early in the day or moments before the end.

Second, the explanation portion of the reading is probably not something Jesus said but an editorial added by a well-meaning scribe who sought to explain the parable to his readership. Suffering from the same human impulse to judge, the scribe offers a harsh, judgmental explanation and inadvertently changes the meaning entirely.   How else can we explain the obvious contradictions?  Why else would Jesus speak in parables and state that he is deliberately leaving the listener mystified only to offer an explanation immediately thereafter?

Faith is not about human moral obligations, it is about the God’s decision to love without comparison, rationing or condition.  This remains as hard to accept today as it was in Jesus' time.