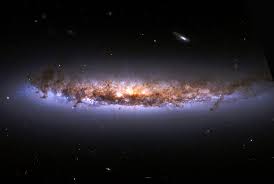 At that time Jesus withdrew to the region of Tyre and Sidon.
And behold, a Canaanite woman of that district came and called out,
“Have pity on me, Lord, Son of David!
My daughter is tormented by a demon.”
But he did not say a word in answer to her.
His disciples came and asked him,
“Send her away, for she keeps calling out after us.”
He said in reply,
“I was sent only to the lost sheep of the house of Israel.”
But the woman came and did him homage, saying, “Lord, help me.”
He said in reply,
“It is not right to take the food of the children
and throw it to the dogs.”
She said, “Please, Lord, for even the dogs eat the scraps
that fall from the table of their masters.”
Then Jesus said to her in reply,
“O woman, great is your faith!
Let it be done for you as you wish.”
And her daughter was healed from that hour.

This story was probably intended to how that Jesus was accepted by non-Jews in fulfillment of the prophecies that described how the messiah would be received.

But it reveals something else too.  Jesus is no moral hero in this story.  He is no soft-hearted wonder-worker teaching love and sharing.  He is outright heartless towards a woman whose only ambition is to save her tortured daughter.  He is only responsive to her need when she demeans herself. Jesus seems caught up in the bigotry of his day.

If the authors of the Gospels saw Jesus as a moral teacher, this story would not have been included.  It is a signal to us that Jesus was more than just a saccharine example of good behavior.  We have to look deeper.  Faith is more than just being a good person.  It is much bigger than that.